In addition to being an author and Revolutionary War historian, Geoff Baggett is also an ordained Baptist minister and Colonial Parson.  For his Colonial clergy persona, he has chosen the name “Parson George.”  His first name (after his father) is actually George, so it is a perfect fit. 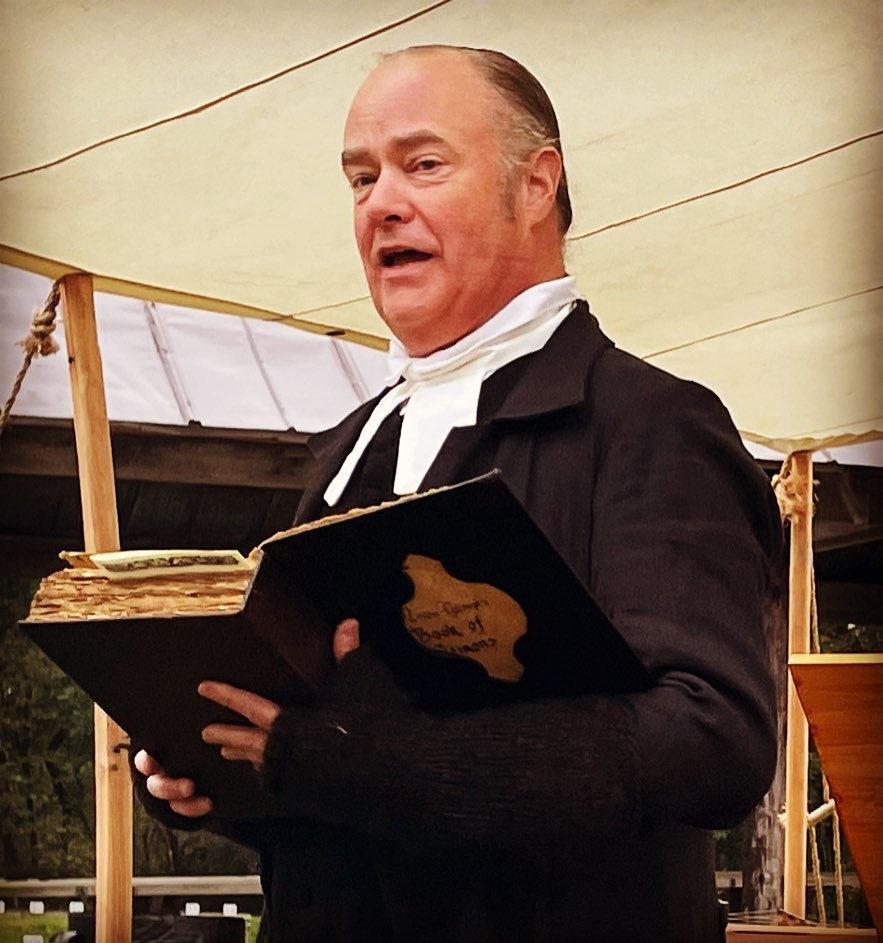 Geoff  served in the ministry for thirty-one years, and recently retired after pastoring a local church in Kentucky for almost eighteen of those years.  He holds a Master of Divinity Degree from The Southern Baptist Theological Seminary in Louisville, Kentucky, and a Master of Arts from Luther Rice Seminary in metro Atlanta, Georgia.  He has also completed thirty hours of post-graduate work at Western Seminary in Portland, Oregon.

In the “Colonial” world, Geoff served as the Chaplain of the Kentucky Society of the Sons of the American Revolution (SAR) for four years, and as the Central District (Kentucky, Ohio, Indiana, West Virginia) SAR Chaplain in 2015-16.  He regularly appears in his parson attire, leading services and offering prayer at various historical and memorial events.

“Parson George” is available and eager to lead period-appropriate Divine Services at events as organizers have need.  Local points of contact may email him and inquire about availability. 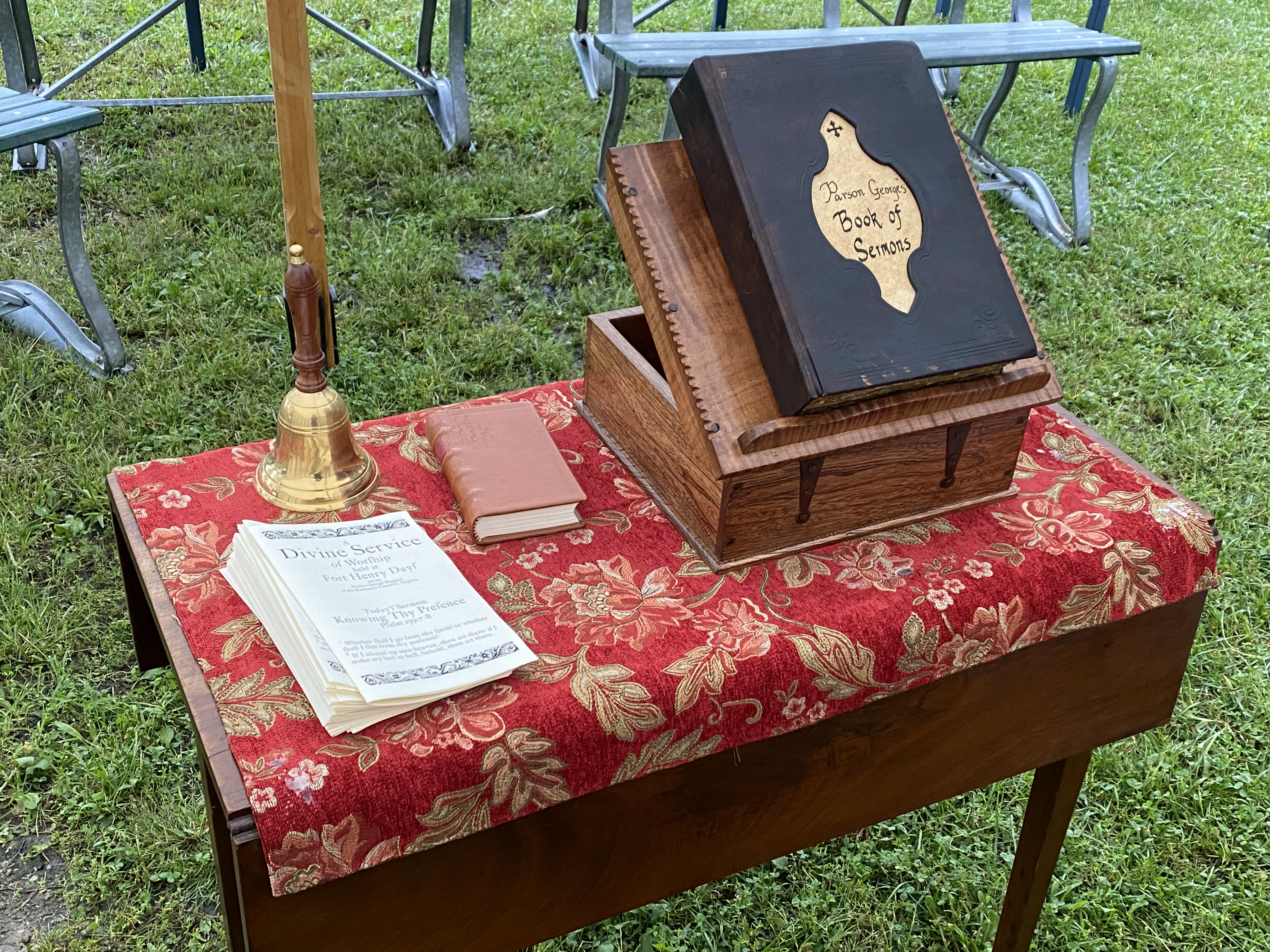